An electric fence is a barrier that uses electric shocks to deter animals or people from crossing a boundary. The voltage of the shock may have effects ranging from discomfort, to pain, it could even be lethal. Most electric fences are used today for agricultural fencing and other forms of animal control, although it is frequently used to enhance the security of sensitive areas; places exist where lethal voltages are used. 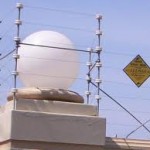 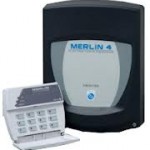 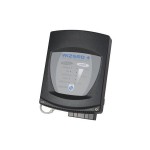 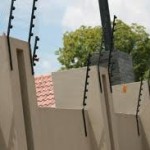 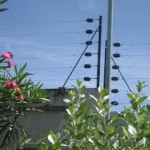 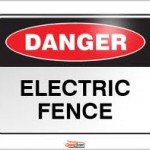 One of the many Electric Fence danger boards

Detail of an electric fence material made of synthetic cord with metal interwoven through it, attached to a steel fence post with a plastic insulator. This material is more visible than wire, but most often used for temporary fencing.

Electric fences are designed to create an electrical circuit when touched by a person or animal. A component called a power energizer converts power into a brief high voltage pulse. One terminal of the power energizer releases an electrical pulse along a connected bare wire about once per second. Another terminal is connected to a metal rod implanted in the earth, called a ground or earth rod. A person or animal touching both the wire and the earth during a pulse will complete an electrical circuit and will conduct the pulse, causing an electric shock. The effects of the shock depend upon the voltage, the energy of the pulse, the degree of contact between the recipient and the fence and ground and the route of the current through the body; it can range from barely noticeable to uncomfortable, painful or even lethal.